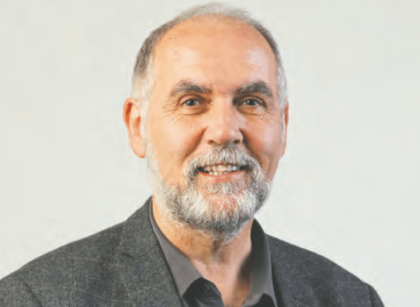 Many Canadians were shocked this year by the discoveries of hundreds of bodies on the grounds of former residential schools in western Canada. The discoveries drew renewed attention to a system that operated across the country for more than a century. This system removed Indigenous children as young as four years old from their families and sent them to live in institutions where they were often physically and sexually abused, and where they were always deprived of their languages and cultures. The abuses perpetrated in the name of God and the Crown have been known for a long time — nearly six years have passed since the final, multi-volume report of the Truth and Reconciliation Commission. Yet on an emotional level, it was only the discovery of human remains this year that seemed to make the terrible reality of the schools sink in.

In his talk, Mark Abley will explore questions that continue to baffle a lot of Canadians. He emphasizes that he will not speak for Indigenous people — they are more than capable to doing that for themselves. Instead he will ask: how could well-meaning Canadians, fifty or a hundred years ago, be so blind as to the nature and impact of the schools? What did the government and the churches believe they were doing? How did they justify their actions, and do these justifications have some resonance for us in 2021?