Lakshore Unitarian Universalist Congregation is spiritual community which, through social action, tries to put into practice the second of our faith’s Seven Principles, Justice, equity and compassion in human relations.

Bilal and Family have arrived in Canada!

It was an exciting and emotional Monday afternoon on February 12! The Summerlea Refugee Support Coalition members were overwhelmed with joy to greet Bilal and his family at the airport. Moya Whitley (MP Francis Scarpaleggia’s Assistant) joined us as she had been so helpful in checking on the status of their file over the past year, and she came with lots of small Canadian flags and buttons which the family eagerly accepted.

Although exhausted from their long voyage from Riyadh through Frankfurt to Montreal, the family was excited to meet us too. Broad smiles and warm hugs more than made up for our lack of Arabic, and their limited English and French (although they said “Thank you” to each of us). On February 15, Bilal, Farah and their daughter Dalal (11) and sons Abdulla (10), Baraa (5) and Huzaifa (3) moved into their Ville St Laurent apartment (in the same building as Salman, Bilal’s brother, and our co-sponsor), which we had furnished in advance.

We are still trying to add more funding to the account that they are using to live on, while learning French, searching for work, etc. You can help by purchasing raffle tickets for the chance to win a handmade baby’s bed quilt that has been donated to the SRSC from the Modern Quilt Guild. Tickets are $3 or 2 for $5. You can see a picture of the quilt on our Lakeshore homepage: luuc.org. Buy your tickets from Sheila, Sari or Susan.

A Welcoming Celebration for Bilal and his family was held at Summerlea United Church on Sunday 29 April.  Members and friends of the four congregations that formed the Coalition participated.

Steering Committee Members of the Summerlea Refugee Support Coalition are: 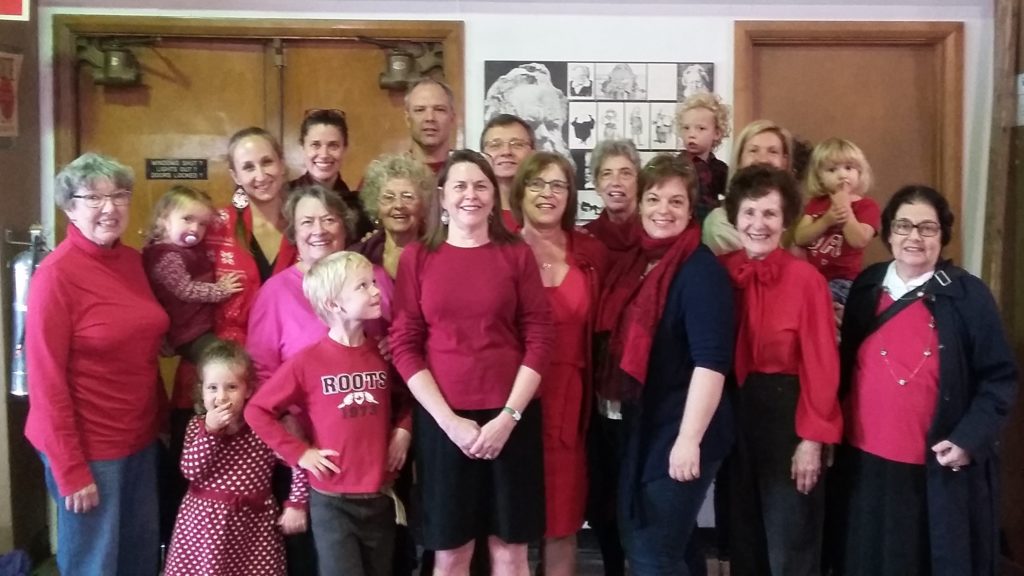